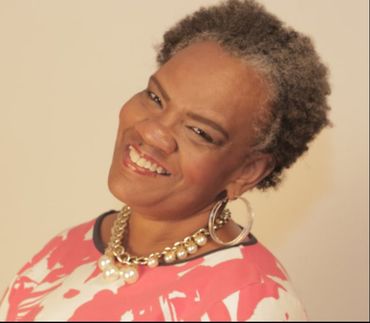 E. (Emily) Claudette Freeman spent some 24 years in radio in South Florida, and has written since junior high/middle school when an English teacher - impressed with her writing skills, introduced her to the words of James Baldwin and Zora Neale Hurston.


As a radio professional, Freeman has been recognized by the Associated Press, receiving Honorable Mention in its Annual Journalism Excellence awards for the documentary - HAITIANS: A FORGOTTEN PEOPLE; and she was instrumental as Station Manager in leading WMBM-AM (Miami/Fort Lauderdale) to a Stellar Award for Broadcast Station of The Year. Freeman's journalistic work has also be featured in Tambou Battant Magazine, Black Intellect Magazine, The Gospel Truth Magazine, Notes Magazine, and on Blogging Black Miami - among others.


As a writer, Freeman’s honors include placing for two consecutive years in the Quest Theatre of West Palm Beach Loften Mitchell New Playwrights’ Festival, being a featured reader in the Miami Book Fair International’s WRITE IN OUR MIDST PROGRAM, being chosen for the Midnight Reading Series of the National Black Theater Festival, being chosen as an apprentice to famed African-American author Ntozake Shange, during the Atlantic Center For The Arts Masters Residency Program, co-authoring (with the late Bhetty Waldron) the initial touring production of CHARCOAL SKETCHES, a play based on the lives of Zora Neale Hurston, Augusta Savage and Mary McLeod Bethune, participating in the Sea Island Writers' Retreat with Novelist Tina McElroy Ansa and being commissioned to author a Black history production FROM THE PORCH starring Danny Glover by the Miami Sports and Exhibition Authority. She has also been honoreed to study and work with famed Playwright/Producer Vinette Carroll. She is featured in a collection of writings exploring spirituality and negative emotions, EMOTIONS TO LIVE BY and is a contributor to CHICKEN SOUP FOR THE AFRICAN AMERICAN WOMAN'S SOUL. Her works have been staged by Kaleidoscope Konnection, the Heritage Ensemble Theatre of Richmond, VA, The Chattanooga Black Arts and Ideas Festival and Juneteenth Celebration and Quest Theatre of West Palm Beach. Additionally, her work was chosen for the Women's Theatre Festival of Memphis, the Atlanta Black Theatre Festival (two consecutive years), and the National Black Theatre Festival..

She is the author of the suspenseful novel PRECIOUS REDEMPTION, publisher/contributing author to a fiction anthology around scandalous first ladies, WHEN I KILL HIM, JESUS CAN HAVE HIM, and the author of a collection of short stories: PIECES AND ME. She has also developed three invigorating and engaging devotional/essay journals THE MORNING HOUR: ARISE, WRITE, RELEASE; FABULOUS YOU: POWER NUGGETS FOR THE MOMENT and IF I WRITE IT, IT CAN HEAL; a collection of journals called the ENDURING WOMAN COLLECTION infusing her poetry with scripture, journals in the collection are: UNLAYERED AND FREE, ENDURETH! and EVERY WOMAN IN YOU SHOULD _____. She is also the author of a non-fiction/spiritual examination of dreams and their divine meanings, called WHEN I DANCED WITH GOD. She is also the author/producer of three literary CDs: DRAMA EXPOSED (fiction and poetry) FOR THE BROTHA YOU ARE (poetry) and SPIRIT AWAKENING (poetry); as well as several plays and screenplays.

A literary coach and editor, Freeman loves working with fiction authors and has had the pleasure of working with JJ Michaels, Sharon Cooper, Alicia Hill Jones, Simone Kelly and others.  Using her radio news background in addressing editing needs, Freeman prides herself on working with non-fiction authors to assure their intent, research, focus and target is clear. Non-fiction clients have included: Craig Stafford, Carol Lynne Watson, Vikki Johnson and others.

Freeman lives in South Florida with her son Isaiah Langston-Michael Freeman and their spoiled and jealous pit bull, Dulce.